When selecting your home safety firearm, you must first figure out what type of gun you are looking for:

The list is short to keep it to the point.  We will start on the handgun choosing and then move to the long guns since that’s the order I put them in on the list, for no other reason. 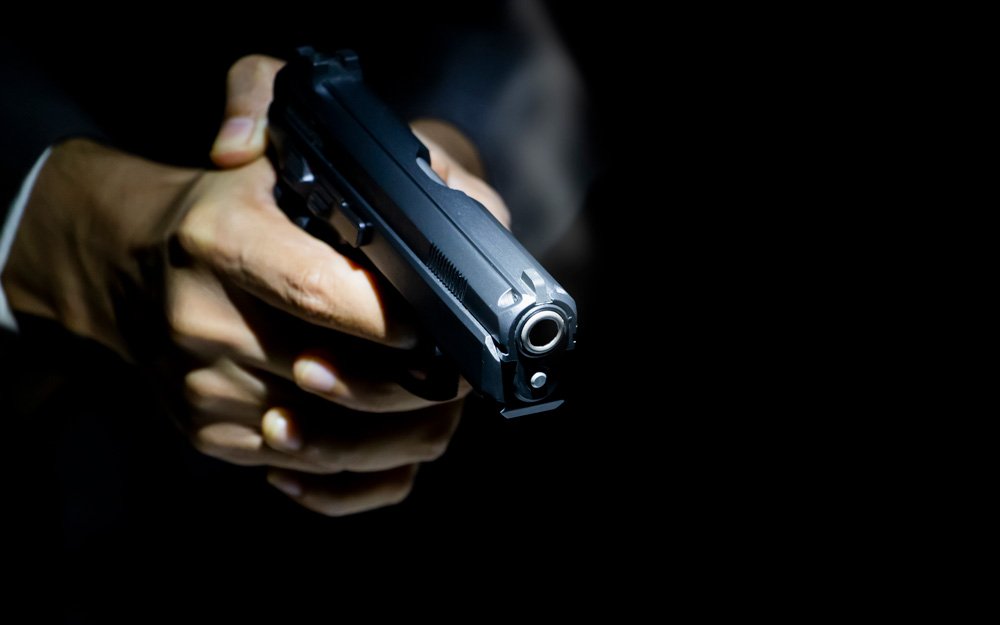 So for the handgun, in my opinion, a revolver, even though I love them, is not practical for a home safety gun, as it has to sit in the nightstand loaded, and that is looking for trouble.

An autoloader, semi-automatic, or pistol all mean the same thing to use “pistol” here.  The pistol is fed from a removable magazine, and that can be kept separate but quickly accessible, for just-in-case things that go bump in the night.

The list of pistols is longer than this article has space to list them by the common name.  I will stick with a newcomer, or relative newcomer, a single stacker Glock in 9mm, the Glock 43.

Not a fanboy over Glocks, the ready action, pick it up, rack the slide and go makes it a top contender.  Other features of the Glock 43 are the frame and slide are less than an inch wide, single stack thickness of the handle, the loaded weight is 1 ½ pounds makes it very easy to handle and operate by nearly all shooters.

The 9mm ammo available is fantastic and improves every week lately.  The gun also has a beavertail built into the frame, making control during recoil better, and the magazine catch can be reversed for the lefties out there.  The total length of 6 ½ inches makes it a very compact pistol and easy for everyone.  The thing this gun lacks is excellent sights.  Like all Glocks, they need some help. Anyone can improve the Glock 43 sights, and if you can’t do it yourself, any gunsmith can get that job handled quickly and should be affordable for almost all budgets. 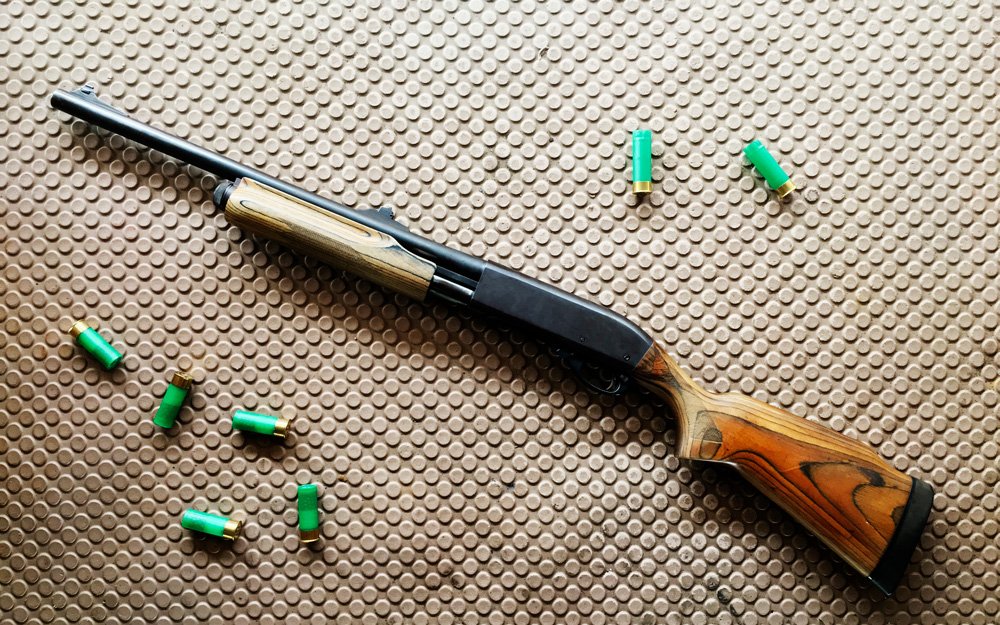 The standard suggestion for home safety or defense gun is the short-barreled shotgun.  I have to agree, but there may be some things you want to think about, mainly the caliber.

Nearly every advice column choice is the 12 gauge, and I will argue the 20 gauge is a better choice.  The 12 gauge is a heavy gun, next to the 20 gauge, and the recoil difference is very noticeable.  The standard argument for that statement is “you don’t notice the recoil when shooting an intruder” that is true; it’s the recoil at the range getting good at operating that shotgun that will matter.

Having a long gun punishing to learn and get good at using will make a shooter not enjoy the range day (if possible) and not practice with the gun; now it’s a loaded steel club.

Barrel length is right to have short, not for the mysterious and massive “spread” of the shot, which is not counted on.  It is for weight and handling inside a doorway.

With a wide-open “choke,” the short barrel shotgun will spread about one and a half to two inches from the top of the stairs to the bottom.  It would help if you still got good at shooting it and practice.

So everyone has heard of the AR platform rifle or carbine.  Carbine means a shorter, smaller rifle, more agile, and better for close-quarters action.

The standard caliber for the AR is the 5.56 or the .223 ammo.  Many folks will look past the carbine for a home defender due to the rounds’ over-penetration, which is not valid.  The standard .223 will penetrate one side of the sheetrock and not out the other side of the wall.  I will explain in a second.

With the advent of folding stocks, not too common on AR-style guns, and collapsible stocks, this carbine gets more user-friendly.  Add that the piles and piles of optics options, and it may take longer to design your rifle than furnish a new house, but what a great bother to have, you can find many helpful articles on the web.  Be careful of hunting info on the web and go to a trusted source for your information, and be careful not to go too far down the rabbit hole on accessories, and you can quickly get down that rabbit hole.

Not many writers include a look at a lever-action carbine, but I am not like many others.  The lever-action rifles are quick to get into a ready position.  The action is fast to operate.  The magazine is not anywhere as large, but they usually pack a severe punch in the rounds they shoot.  Now, about the rounds, for a home defender, we don’t want a big game animal round to use inside the house if everything goes poorly during that horrible event.  Many manufacturers offer the lever-action rifle or carbine in pistol calibers.  I am going to focus on the caliber of .357/.38.  For reasons, the local gun shop can tell you, this ammo is more available in shortage years than nearly all the pistol ammo.  The .357 magnum rounds are a bit too much for the home defender but work unbelievably well in the field to take game or reach a bit further to ring a metal gong.  And for up close or home defender stuff, the offerings in .38special have been made nearly perfect for police use for years and years until everyone went to pistols.  The science did not die off; it just turned to a new path.

You can find many, many videos on bullets penetrating sheetrock on the internet, have a quick search on YouTube, and you will find about 20 in seconds.  They will show you real-world, live shots of the bullets ripping through layers of sheetrock, and a 22lr round shot from a Ruger 10/22 shoot through the mock-up of rooms, and penetrate three walls (front and back sheetrock) and the shotgun, shooting birdshot does nearly the same.

Here is a quick rundown on the reason why.  Not a full-on diatribe on the ballistics, just some advice, so take it as I meant to send it.

The .223 is a very lightweight round, usually about 56 grains, and it is a small diameter round, 22 caliber, and it travels very fast.  That is what makes it so excellent in what it does.  Now that pointed round will strike the sheetrock, and the very point will slow down massively, the heavier rear part of the bullet, carry the inertia, and overtake the point, making that round tumble.  When that happens, it loses all of its energy, makes a big damn hole, and stops quickly against hard surfaces.

If the round is a 22 caliber, then why does the 22lr penetrate the sheetrock so well?  The round is nowhere near as fast, so the inertia it carries is comparable to the speed, and the back of the round does not overtake the point when it impacts solid targets.

I am not looking to dissuade anyone from your favorite or your personal choices.  I am here to give an overview of all the fantastic offerings available to the person looking to make their home safer.