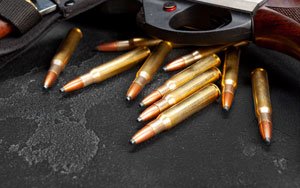 The 223 ammo Remington is a hunting rifle cartridge, initially made in the 1950s as rodent and vermin hunting bullet. The very first gun explicitly designed for it was made in 1963. This ammo has, with time, become a popular average civilian hunting cartridge. Although it can be used for hunting larger games, it is not recommendable for this purpose. It is an illegal practice in some of the US states and the UK. There is the 243 Winchester ammo or and other cartridges similar to the 223 ammo that can be used for hunting larger game in these states.

The 223 ammo has gained popularity over the years as a cartridge. It is widely used worldwide in manual action and semiautomatic rifles or handguns, for example, the Colt AR15 Rifle, Ruger-Mini 14, Remington 700 model, XP100 Remington rifle gun, etc. The 223 ammo has gained so much popularity that, in the USA alone, it has almost taken over all other 22 caliber centerfire rifle cartridges with similar dimensions and specs.

Commercially, the ammo can be loaded with jacketed bullets of .224 inches or 5.7 in diameter, with a weight of between 35 – 85 grains or 2.27 – 5.8 grams. The most common loading so far is with bullets of 55 grains or 3.6 grams in weight. For re-loaders, Sierra Match king bullets with a weight of 90 and 95 grains are available.

When the demand for a particular product is high – it doesn’t matter whether it is toilet paper, foodstuffs, or ammo – the result will always belong to lines, shortage, and, depending on the season, higher prices.

On an average day, the prices of raw materials can cause ammunition prices to fluctuate. Items such as brass cases will be affected by these kinds of fluctuations. As expected, even ammunition companies want to make some profit, no matter the season.

Although many factors can explain the high cost of ammunition, in the modern-day, gun stores worldwide are experiencing an extraordinary influx of buyers. New gun owners, hunters, collectors, and anybody else exercising his 2nd amendment right are currently thinking of acquiring a gun.

This year alone in the US, gun sales increased by more than 350,000 in the first two months alone. A lot of folks seem to be buying ammo in bulk. Background checks from the NIC show that this is about 300% of the historical ammunition sales average.

As a result, uncertainty among the gun control legislators is causing a lot of tension, with discussions over the 2nd amendment act creating even more confusion. The bottom line is, firearms are being bought at a very high rate, and even as ammo companies increase their production, the prices are expected to soar even higher.

The 223 ammo is quite effective at its job.

Although it is relatively small, its velocity drives its potential to damage. Any other 55 grain M193 from a 20inch barrel can gain speeds of 3200 ft. /s from the muzzle. This speed decreases short or mid-range in trajectory but causes severe terminal damage to the tissue upon impact. In our case, the 223 ammo has a higher speed than 2800 ft. /s but is very effective in damage. What the 223 ammo lacks in velocity, it makes up for in lethal damages upon impact.

In short, the 223 ammo does not require high velocity to be brutal. 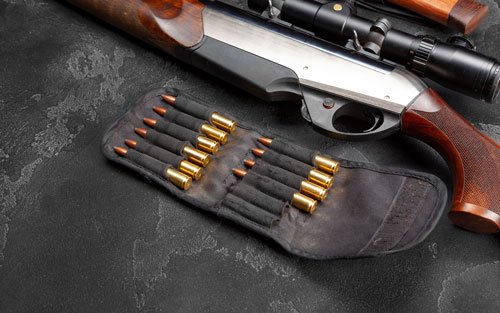 As we saw earlier on, the 223 ammo can be used in manual action and semiautomatic rifles or handguns, such as the Colt AR15 Rifle, Ruger-Mini 14, Remington 700 model, XP100 Remington rifle gun, etc.

Most of the rifles chambered explicitly for the 223 ammo can be bolt action rifles commonly used for hunting. There are also some AR-15 variants used. Some may argue that the 223 ammo is a little superior to the 5.56 rifles, but it all depends on personal preference and what you intend to use it for.

The best part about using a rifle specifically chambered for the 223 ammo is that it can be fired without the worry of extraction and other related issues.

223 ammo is among the top favorite ammunition for American shooters today. It is mainly paired with the AR-15 rifle for fast velocity and relatively low recoil. Thanks to its popularity, there is a high production of the 223 ammo, which makes its availability high in the market.

You can buy 223 ammo in almost every ammunition store in America. Bulk buyers can buy in bulk directly from the manufacturers, of course, at a better price.